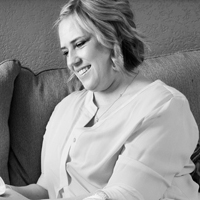 As soon as the picture of their twin boys appeared on the ultrasound monitor, Lindsey and Mark Wilson knew something was drastically wrong. One twin appeared stuck, as if shrink-wrapped, to the side of the uterus, while the other fetus was floating around in a sea of fluid. If nothing were done soon, both of their unborn babies would probably die.

The Wilson boys had Twin to Twin Transfusion Syndrome (TTTS), a condition that strikes only in identical twins that share a placenta. With TTTS, the placenta develops an abnormal network of vessels, allowing the fetuses to receive unequal amounts of blood. Without blood, urine output diminishes, drying up the “donor’s” amniotic fluid, while the “recipient” accumulates too much fluid, straining the heart.

“One twin is going into congestive heart failure, and the other twin is becoming anemic,” Lindsey says. “We had to do surgery quickly.” But there was good news. At 23 weeks gestation, the twins were at the right stage for a highly-advanced, minimally invasive procedure maternal fetal health specialists at the Rocky Mountain Hospital for Children at Presbyterian/St. Luke’s had just started performing.

“Before now, families with TTTS had to be sent to Seattle for the life-saving procedure,” says Tara Becker, MD, one of the local specialists who underwent intensive training with the Seattle colleagues. “The procedure involves inserting a scope and laser through a quarter-inch incision in the mother’s stomach and ablating the malfunctioning placenta vessels, returning proper blood flow to each fetus,” Steve Rothenberg, MD, says.