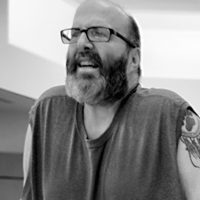 Every workday for 33 years, Deputy Bill Foreman would get up, look in the mirror, and remind himself that his bullet hadn’t been made yet. It was a motto he and his fellow officers held on to for mental focus in their dangerous law-enforcement jobs. But on Feb. 10, Bill’s “bullet” came in the form of a large pickup truck.

On that day, while responding to a call, the deputy was following an emergency crew through an intersection
when a truck T-boned his patrol car, ripping his driver’s-side door off and sending the car spinning 180 degrees. The patrol car came to rest wedged against a storage-facility fence, trapping Bill inside, the unknowing rescue crews ahead of him long gone.

Knocked unconscious, Bill remembers coming to and using his own cellphone to call for help. The responding fire crew had to cut the roof off the patrol car to get him out, and paramedics rushed Bill, who was bleeding profusely, to The Medical Center of Aurora (TMCA). “By the time I got to the hospital, they told me later, I was bled out,” says Bill, who passed out in the ambulance and remembers nothing of the next three weeks at TMCA.

With his chance of survival low, TMCA staff and physicians worked to save the deputy’s life, a doctor initially performing chest compressions to circulate the blood nurses continued to transfuse. Every bone in Bill’s left leg was broken, the fractures breaking the skin. His leg was disconnected below the hip, and his femoral artery was severed. Forty-eight hours and 33 units of blood later, the team had stabilized Bill, who was on life support and in intensive care.

“Those people are all my heroes. It’s as simple as that.” BILL FOREMAN, The Medical Center of Aurora Patient